The Arlene and Michael Rosen Foundation’s main purpose is to provide grants to public charities that support and/or provide treatment, research, or wellness programs for medical or mental health issues, with an emphasis on addiction.

When Arlene Rosen, founder of the original Michael’s House, The Treatment Center for Men, lost her only son, Michael to drug addiction, she sought relief by starting a treatment center in hopes of helping other families avoid the pain she experienced. 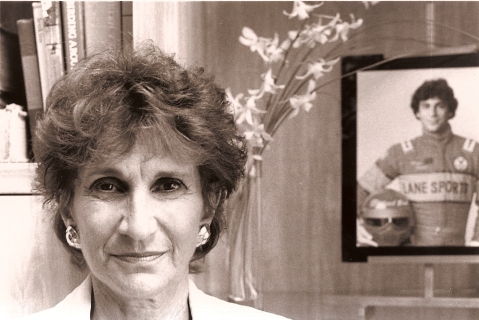 “As a parent, I knew about the social stigma attached to drug addiction. I had learned about available rehabilitation centers and about support groups and 12-step meetings.  But how to get a loved one to utilize this help was still a question. As a family, we had gotten Michael into treatment, but he wouldn’t stay as long as he needed to or follow his aftercare plans.”

Michael Alan Rosen had everything to live for; he was born to a privileged family, was handsome, talented and well-liked.  After graduating from Beverly Hills High, he attended college and was voted class president in his sophomore year. By his senior year he had become a professional race car driver. “I believe there is a lot of fear in the racing world,” said Ms. Rosen, “…and the drugs, of course, can cover up those feelings.”

At the age of 25, Michael Rosen was found dead in his hotel room in the Fiji Islands.  He had stopped off there on his way to New Zealand, which was a favorite race site. Recently out of a drug treatment program and not wanting his girlfriend see him relapse, he had locked her out of their room and then accidentally overdosed.

In memory of her son, Arlene Rosen started the nonprofit organization The Michael Alan Rosen (MAR) Foundation, through which she initially opened Michael’s House. For 18 years she ran this program for chemically dependent and dually diagnosed men from all walks of life.  Ms. Rosen wanted to provide a program to help men learn to live in recovery. She realized this dream and was able to help hundreds of men and their families through this vital work.

In July of 2015, Arlene G. Rosen, Founder and Chairwoman of The MAR Foundation passed peacefully in her home surrounded by her family and loved ones.  Her obituary can be found here. 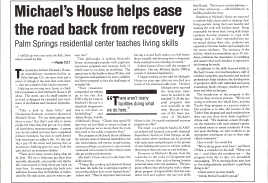 We can be reached by email at contactus@amrosenfoundation.org or by telephone at 415-937-0325